The evening began on the roof terrace at DOX – a wonderful location for Tagtooling! As I began to draw the rain stopped, the live music was great and a big audience came to see the performance. Everyone (except us!) seemed to be taking photos and video so I hope to have some images for a later posting.

Then we set off with the Red Bull Volvo to do some projector bombing on the street – and this was really great fun!

The photos below were taken from our first stop – outside Kino OkO. 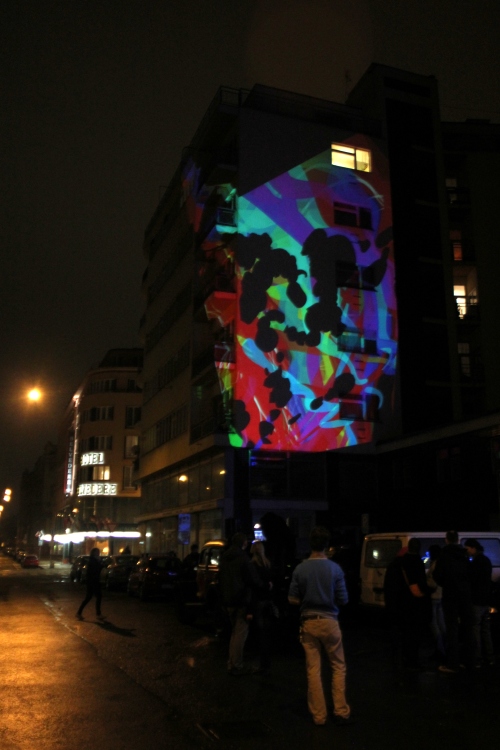 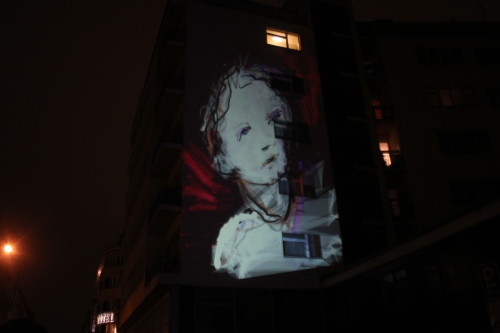 The gable end of this block of flats made a brilliant ‘canvas’ for drawing and the on-board sound system in the Red Bull car soon attracted a big crowd.

Our next stop was in Dlouha outside Roxy/Nod, a very popular club and gallery in the centre of Prague.

Despite the narrowness of the street and bright lighting Kuba managed to angle the projector to make a huge drawing area for me on the front of the building next to the club. A big crowd soon gathered on the street, with lots of people taking photos. My new, beautiful Tagtoool All-in-one performed perfectly and was ideal for working on the street! Dima set it up and dismantled it very quickly – and in between managed to take these photos as well.