Here is the (very short – less than a minute long!) video that Dima took of some of our Tagtool drawing at the 15th anniversary party of NIX.cz. The music is an excerpt from ‘Historia de pescador’ by Batukatum, who were also performing at the party.


Once Dima had put in position the Tagtool and the two projectors there wasn’t really enough space to set up another tripod for video – hence the hand held quality of this little recording. 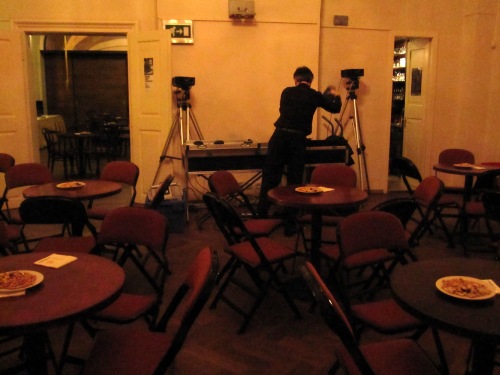 But throughout the evening Dima took loads of photos of my drawings – and the full set can be found in this Picasa web album.