New subject matter for me! The photo on the left shows part of the Tagtool painting on a wild west theme that I did as a backdrop for K.U.N.T.Z. ‘The Golden Kuntry’ performance at the Viennese club mo.ë. on Saturday 16 March. I made this Tagtool painting before rather than during the performance – which gave me more time to develop the drawing and also meant that I could take some video with my new (but second-hand, Panasonic Lumix) camera while the band was playing. As usual Dima made a video which I’ll put in a later post when he has finished editing it but for now here is the video of the first ‘Golden Kuntry’ song of the evening….


In the main exhibition hall we set up two Tagtool workstations, one, using two projectors, for the ‘oldschool’ Tagtool drawing and another projector, beaming on the adjacent wall, for Seppi’s multiplayer Tagtool for iPad sessions. 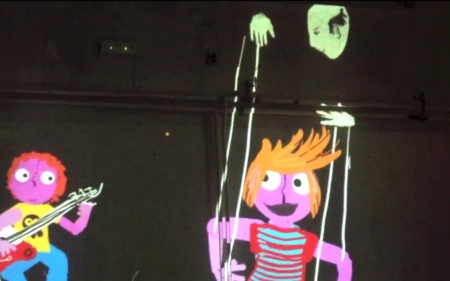 At the beginning of the evening I did a bit of iPad drawing with Seppi (my small contribution to this sesssion, the bald puppet master, can be seen in the still above!) but as usual everyone wanted to try out the Tagtoool animation features on the iPad. Below is a photo I took later in the evening of one of Seppi’s (as always, very successful and engaging) multiplayer sessions. 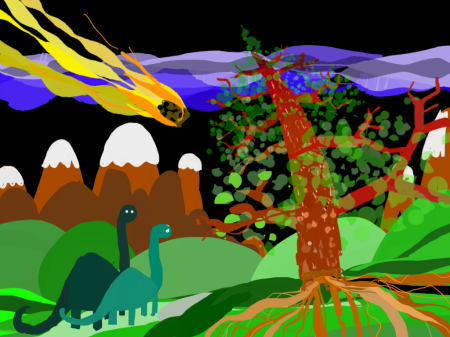 I spent most of the evening drawing with my ‘oldschool’ all-in-one Tagtool.
As a complete contrast to the iPad multiplayer animations I decided to make a number of big figurative drawings during the course of the evening, some of which you can see in the photos below. 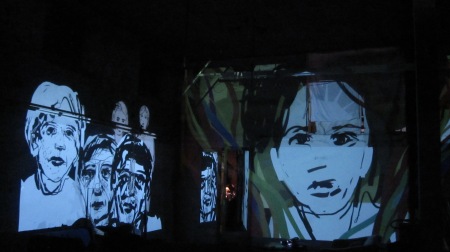 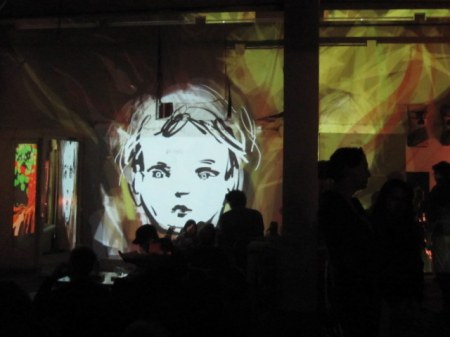 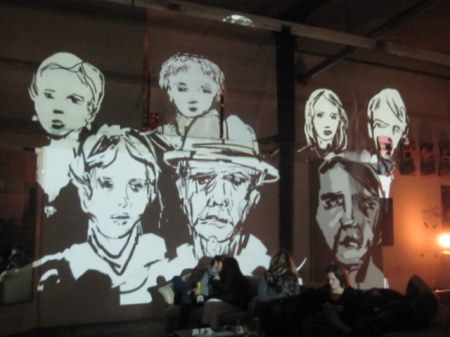