The Berg orchestra specialises in 20th century and contemporary music in performances which often include theatre, film and video art. I was invited to make a Tagtool drawing to accompany Steve Reich’s ‘City Lights’, one of the four pieces in the programme CITY:RESPIRE presented by the orchestra at their concert in Prague on Monday 5 May. This concert was held in a very unusual location – the partially completed Petřiny metro station. 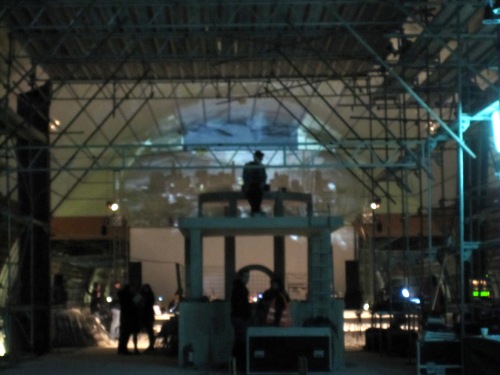 At the morning rehearsal I took the photo above to show this very atmospheric deep underground location. Despite the fact that it was very cold and the platform where the concert was held could only be reached by descending more than 300 steep temporary wooden steps (much easier going down than up!) there were many people standing at the concert as every seat was filled! 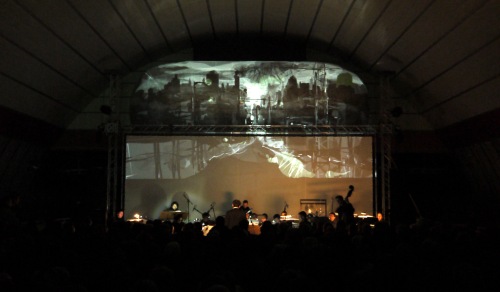 This is a photo that Dima took during the concert and below is his video of the whole piece. ‘Check it out’!!