On Saturday night we were at the beautiful  lakeside at Svitavy, drawing to accompany the performance by the Czech group, Prago Union. They were playing on the main stage at the festival which meant that I was able to use the 10000 lumen Panasonic projector mounted in the sound tent – which was very, very nice! Dima set up his tripod and camera alongside the projector to shoot photos at 5 second intervals in order to make a stop frame video of the performance so I have had a huge number of photos to sort through. I made an album which I have posted on Facebook, but I’ve chosen a few for this post.

There was a big and very enthusiastic audience – lots of people waving their hands in front of the projector beam, even having a ‘piggy-back’ to get a better view, which produced some interesting shadows on my drawing. But even though I was standing on a box it wasn’t always easy for me to see the whole of the stage so sometimes I had to rely on my little monitor to know where to continue to draw.

For the music of this Czech hip-hop band I chose to draw mostly shadowy figures in vaguely urban environments – which is one of my favourite subjects for drawing….

…and then I used this as a background for some large portrait heads.

Prago Union’s set was 90 minutes long, which is quite a long time to do continuous performance drawing so I made several different drawings during the set, each of which I developed over more than one song before fading out and starting again. 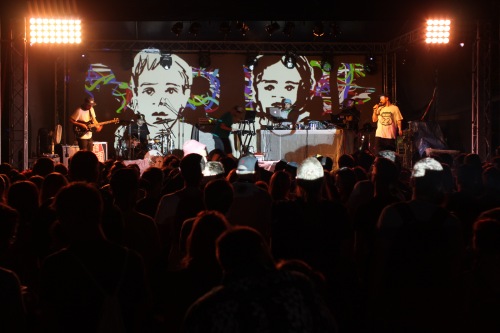 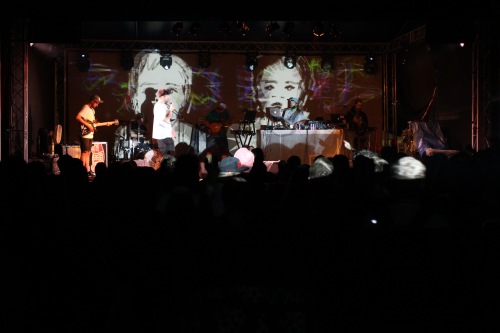 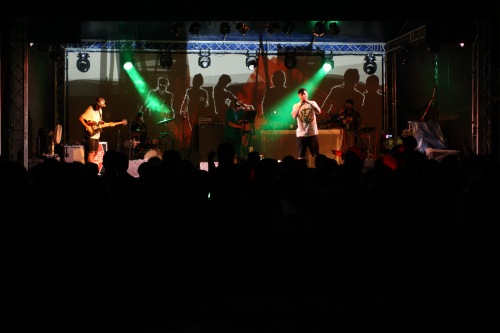 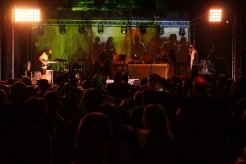 …as well as illuminating the musicians and the audience.

I  hope to post some video later but to end this post here are three photos from my last drawing sequence. 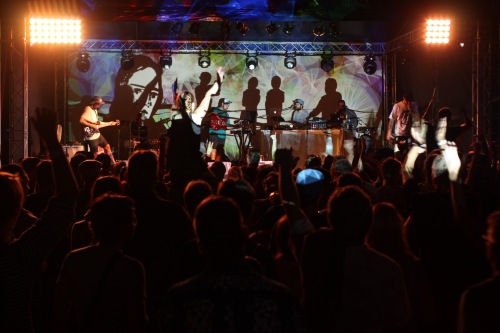 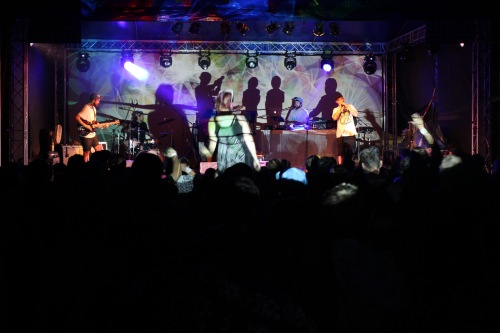