We returned again this year to beautiful Loska Dolina valley to draw on the castle, Grad Sneznik – and to enjoy our ‘summer holiday’ of three days and nights of great music, theatre and puppetry at the Floating Castle Festival! On Thursday night, while a large and enthusiastic audience danced to the music of Nano Stern, I made some late night improvisations on the front of the castle.

Unfortunately I have only these few photos from Dima’s mobile phone of this session. It was so nice to draw on the castle again so I worked till late amusing myself by drawing some big heads… 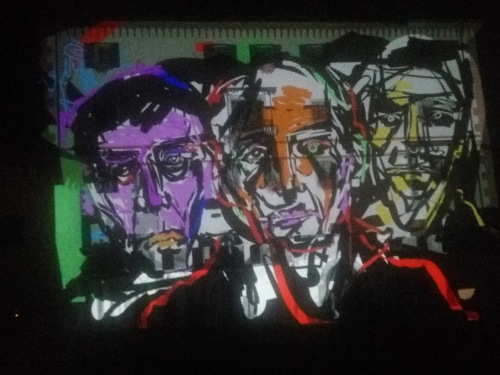 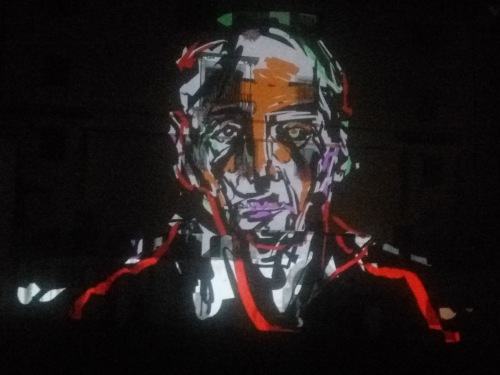 Unlike last year when the weather was cold and damp, this year it was blisteringly hot and I was really glad that I was drawing only in the evening when it was a bit cooler.  Each day from breakfast time there were lots of different outdoor performances on the various stages and little groups of musicians practising in the shade under the trees. The hot weather brought out the crowds and everyone was in holiday mood – perfect festival atmosphere!

On Friday we set up the Tagtool and projector to draw on the side of the castle from across the lake. I had two performances during the evening, the first for Kate Young’s group, Kate in the Kettle. Her programme featured songs about the flowers and medicinal plants of her native south of Scotland so it was a special joy for me to provide the visual accompaniment for her concert as her compositions instantly transported me back to my own childhood, walking and gathering flowers with my mother in the countryside around Borthwick Castle.

I began by drawing the landscape with the castle in the background then added a meadow of the plants and flowers featured in the songs, including  dandelion ‘clocks’, gentians and (my mother’s favourite) gowans. 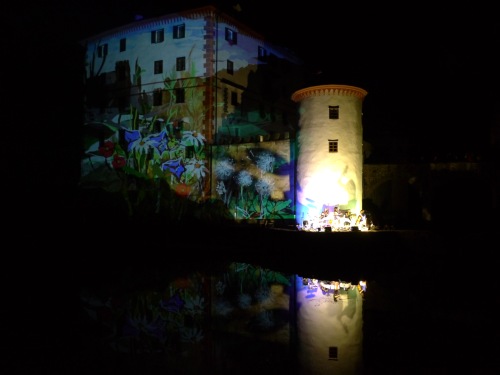 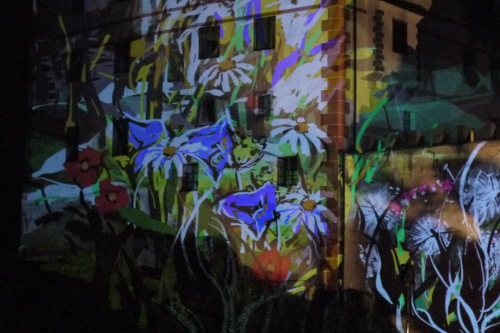 So – this was a departure from my usual subject matter but with Kate’s music as inspiration I was quite happy with the result. Dima took lots of photos for me, but I think that this one below, by Marko Gasparovic, is my favourite as it also includes me standing drawing next to the projector with the audience on the bank behind me.

Then, after an hour’s break it was time for a change of subject matter when I began to draw for the concert by the Wild Strings Trio. 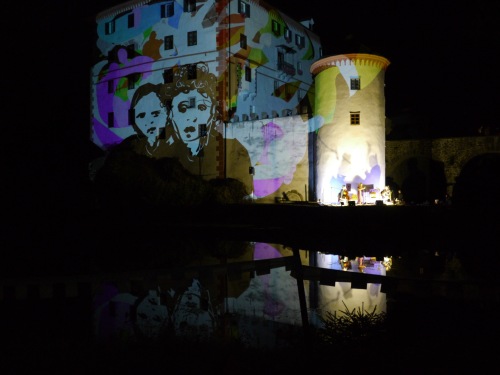 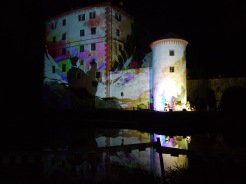 After these figurative sequences I continued to work in full colour….. 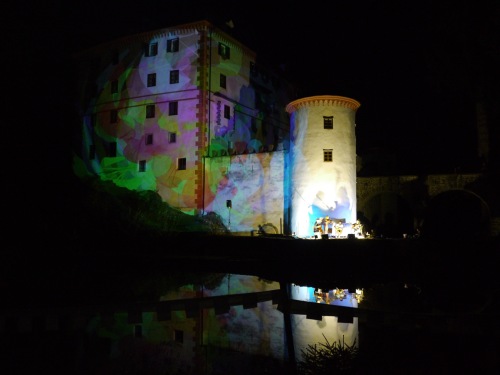 …and over this abstract background I gradually added a procession of silhouetted figures climbing up the bank away from the stage echoing the shadows on the round tower and reflections in the water of the musicians.

I ended my night’s drawing with one last figurative sequence. 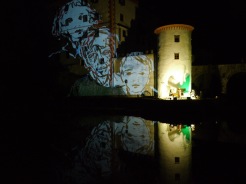 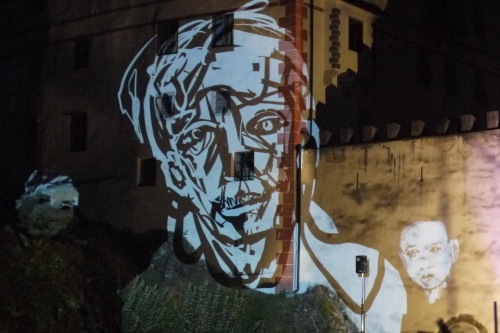 It had been a long night of drawing but it was a real privilege to be able to work with these two great groups of musicians!